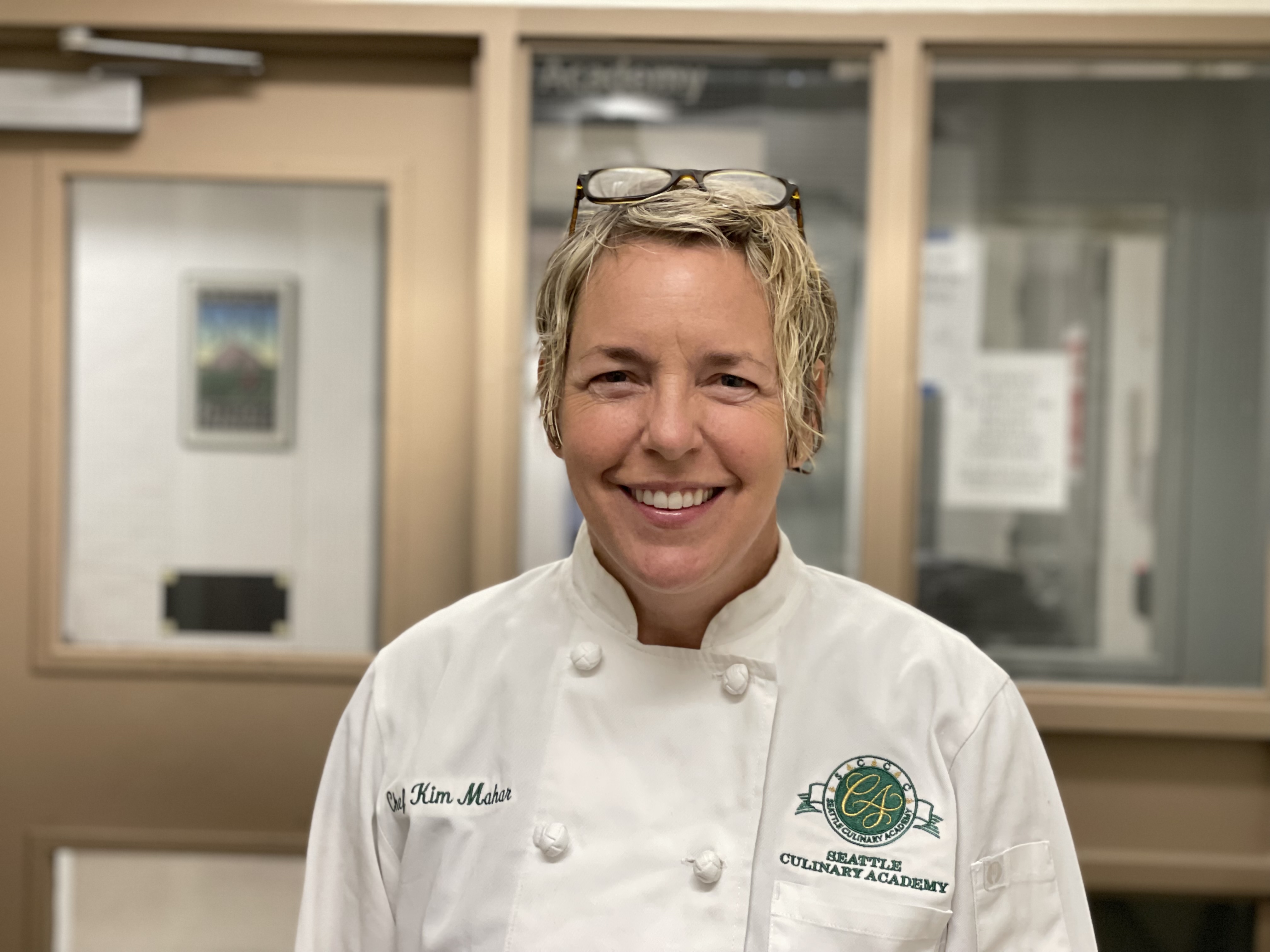 After receiving her Bachelor of Fine Arts from the University of Dayton in 1992, Chef Kim found her way to the world of glass blowing, working as an assistant and instructor at Seattle’s renowned Pilchuck Glass School and Pratt Fine Arts Center. Her journey to the culinary arts was facilitated by a curiosity about the similarities between blown glass and blown sugar, a fascination and obsession that led Kim to enroll at the Seattle Culinary Academy where she earned an Associates degree in Pastry in 2006.

Upon graduation Chef Kim partnered with culinary visionaries such as Leslie Mackey of the esteemed Macrina Bakery, as a wedding cake designer, and Michael Mina as the pastry chef of the fine dining restaurant RN74.  After honing her sugar showpiece skills at the prestigious Notter School of Pastry Arts in 2010, she moved on to create wedding cakes and desserts for Seattle’s Four Seasons Hotel.  Chef Kim has been teaching at the Seattle Culinary Academy every year since 2011, while she continues to enthusiastically work in the Seattle food industry.